Randstad’s WorkMonitor report for Q4 2019 was released in December 2019 with a look into work-life balance and the economic and financial outlook for 2020 and shows some interesting results. The survey covers trends across the globe in the mobility, job satisfaction, and motivation in 34 countries around the globe.

Highlights of the report include the inevitability of technology creeping into our lives more and more:

The future is bright?− Economic and Financial Outlook

When queried about financial outlook for the year ahead (2020):

Mobility: to move, or not to move?

Mobility among employees remained stable over the period – with no unexpected responses. However, employees from Luxembourg, Netherlands showed a +4- and +2-point increase in expected mobility, while in Belgium employees felt there would be less mobility when asked whether they will “be doing the same or comparable work within the next 6 months.”

In the Americas, the US stood at +2-points, and Mexico at +4, while in Canada this figure was -3.

Ping An Good Doctor's Strategy in 2019 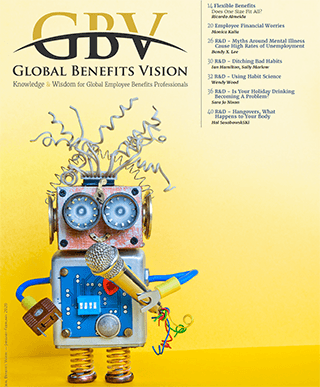